John Gamble looked at his son, Ian, with pride. He’d grown into a fine young man, just started at a prestigious architectural company after his degree, and here he was with Gloria, his charming new girlfriend. John admired Gloria’s long, chestnut hair, her perfect smile, appreciated her intelligent conversation, and, dare he admit it, even felt a touch of lust at the sight of her tight, well-filled blouse and figure-hugging blue jeans. “Thank you, Gloria, those figurines have been in the family a long time. Since I was a child in fact, and that is a long time!”
Mildred Gamble looked at her son and wondered how Ian, and, no doubt, her husband too, judging by the simpering expression on his aged face, could have fallen for this girl. Yes, she had the tits and arse, and Ian was a man after all, she acknowledged, with desires. Even she had felt those once. But he was good-looking, well qualified and on track for a bright future in architecture. Whereas, by all accounts, this girl worked in a record store, if there even were such things still, and had no family to speak of. “Yes, Gloria, dear, I believe they came from Great Aunt Fanny and were made in the time of Queen Anne, though I don’t remember that myself!”
Gloria laughed politely. She wanted one thing, and that was to get upstairs to bed and for Ian to give her a good ‘seeing to.’ “Well, John, Mildred, thank you so much for a lovely meal. I think it’s time for me to hit the sack. I’ve had a long day and I’m bushed ….”
–
“I’m going to have a brandy, would you like one dear?” asked John, when Ian and Gloria had gone upstairs.
“I think I need one after that.”
“What on earth do you mean, dear?”
“That awful girl, no ambition, no ideas of her own, just regurgitating sound-bites from so-called celebrities.”
John returned with two brandy balloons, quarter-filled. “Well, I found her quite charming.”
“Pfft. Nothing to do with her anatomy of course.”
John blushed. “Well, er, I admit she’s a bonny lass, but –”
“Listen, I’ve an idea.”
“What.”
“Well, they’re in the east wing.”
“And?”
“So, there’s a baby monitor up there.”
“So?”
“So, we could switch on the receiver and hear what they’re saying.”
“That’s an awful idea. Mildred, I’m surprised at you. Anyway, it’ll be turned off and even if it weren’t, they’d see the red light.”
Mildred gave a sly smile, “Not if ‘someone’ had turned it on and hidden it down the back of the sofa!”
–
All was quiet, just a slight hiss from the receiver. Mildred felt a stab of disappointment, John a feeling of relief. Then suddenly a giggle, and Gloria’s voice. “Did you see his face when I said I liked Donald Trump, what a freak!”
“Oh, dad’s not so bad.”
John bristled.
“And your mum. The way she supports the establishment, believes all the lies they pump out on the telly and in the newspapers, silly cow!”
Mildred put her glass down with shaking hands.
“That’s just her way, no need to criticise her. She means well.”
“Well, if you ask me, they’re a couple of arseholes. And to think I’ve got to put up with another two days of them.”
“Just be nice, turn on the charm, like you did at dinner, it’s only till Sunday and we can leave after lunch, if that’s what you want.”
“What I want is a good poke, and right now!”
There came more giggling and the sound of grunting. Mildred turned the receiver off and they sat staring at each other. John raised his eyebrows. “Well, it was your idea.”
Mildred reminded John of a gasping fish. With an effort, she regained her voice, speaking hesitantly, “Well, … perhaps she has a point. We sit in front of the goggle-box and never question what we’re told.”
“And we poo-poo anyone who says different,” admitted John.
“Look, do me a favour.”
“What?”
Mildred gave a wry smile. “Pour me another brandy.”
“OK, dear.”
“Then take me upstairs and give me a good poke!”

4 thoughts on “The Listening” 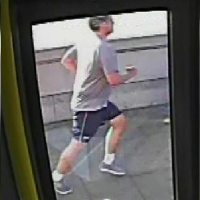